THE WAY OUT IS THE WAY THROUGH

It’s dawning now, in the green afternoon light,
you’ve been mistaken for someone else.
Look around: the street is empty and silent,
houses in their motley of potted flowers and hanging ferns
salute each other like old veterans.
A lizard scrambles the tile of a Juliet balcony
under trompe l’oeil blue. Nobody’s fooled.
There’s no confetti, no photo-op, no book signing.
There will be no calls to the radio shows,
no disarming the hosts with unpretentious banter.
Obviously schools, street signs, and plaques
are out of the question, since there will be no scandal
followed by a sufficiently contrite interview
with a tough but tender anchorwoman,
the one who wrote the book about being raised by nuns.
Hardest to accept will be the lack of encomia
delivered grudgingly by rivals
to their biographers long after your death.
Most days you just ask unanswerable questions
to audiences too streetwise to believe
there are no answers. And when you are not doing this,
you are peeling ginger or dusting the bookshelves,
or washing the household underwear.
Or taking mountains of boggy cardboard
out to the sticky bins. There, on the ground, you find
the wonderfully spherical nest, with one small, sandy egg
still inside. How long can it last — no, it’s already gone.
Nothing of yours remains either, unless
someone catches here something of themselves,
and, before moving on and forgetting it for good,
thinks it’s better this way, to be no one worth knowing. 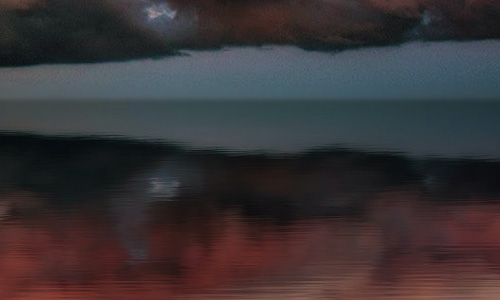 About V. Joshua Adams
V. Joshua Adams is the author of a chapbook, Cold Affections (Plan B Press, 2018). Work of his has appeared or is forthcoming in Bennington Review, Variant Lit, Posit, Painted Bride Quarterly, and elsewhere. A former editor of Chicago Review, he teaches at the University of Louisville.