from NOW, HERE, THIS: HALF-SONNETS

A Zoom screen with hundreds of squares filling an entire wall. A sharp pain not in my right thumb but in the nerves in my palm leading to it. My father at 19, holding me aloft. All the mirrors in Michael McClure’s house. Someone in the woods is singing.

Hieronymus botch, anonymous sox. All of Markson out of print. A blocked punt on the hunt.

A light in the closet outlines its door. A discussion I was having in a dream, gone to me now. Another sentence begun with the letter A. As in ah, awe. The tiniest white hair atop the black laptop. This poem in the form of a lap. That’s apt.

Inept. Crept up on one. Hence a trick: the line is thick. A second rhyme starts the climb.

First flight at dawn: then you are gone. Who wakes when. An extra blanket encourages dreams, or perhaps just the memory.

Celebrity childhood. Jason Statham or Liam Nelson in a black suit by the glass door to the garden. The sadness of Bruce Willis. The film is just a chase scene with dialog. A long cord to the headset. Young Amish women playing baseball in long dresses.

Snow at dawn: which side is the lawn? A literature of wholeness, a hoot at the ‘tute. All the Haverford grads working at Cantor Fitzgerald in 2 double-ought one. Capital trumps capitol. Joe Manchin likes the attention.

Expressed past the period, anything is possible. The sole even prime number. Eye spy with my little i. Drone on, MacDuff. Bare trees, heavy with snow. Another round of updates in the app field. I lean back and the screen goes dark. Tell the barista your name is Union Yes. That hinge millisecond between the in-breath and the out.

I dream that through a DNA test, I turn up two more sisters, different mothers, Southern working-class women, and we meet in a diner. What was the station in station wagon? One thing any Central European can tell you is that borders can change. My Kaliningrad. My mashed potatoes.

Big twitch. Continuous nerve movie? More like the strobe of a train ride through the back sides of poor towns. Kids look up from backyard investigations as windows rattle on the backside of houses. Wooden steps to a concrete stoop. A woman at a clothesline in the 21st century. No one is wearing masks.

Sentences as blocks in a Bauhaus design. Self-referential BS. The pleasure of typing every second letter an e. Calls kiffles kerfuffles. Usually that grinding sound, the growl in the furnace, turns out to be a mouse having a very bad day.

Poem with no exit. She sleeps like a large cat, purring. Fog turns to ice. Dear lack of morning. I decide against rice milk. You choose.

Ekphrastic to the literal world. Forms’ farm’s firm frame. Tire tracks in what remains of the snow. The Pottsville Maroons. Sleep panic. Unknown caller. The missing sentence. Though I have grown into Ahab.

Weird but proud. Rain abolishes the snow. All but.

First sharp light of blue in the sky, visible as a sliver between curtains. Out the east window, the sky is already yellow white. Sailors take warning, depending on which side of the ocean and equator. Whose garden holds the snow longest. Banana hard as wood though no longer green. Language as an analgesic. She pees into his mouth.

Sitting in a chair, I sense my feet pushing. Learning to awaken before the alarm. The subtitles go out halfway through the picture and though neither of us speaks one word of Italian, we sit there watching until the end. The low sky a pale pink on the horizon opposite the sun. Go check the thermostat.

Sudoku in the dark. The app what haps. Dromedaries pulling tiger cages all these decades later, jeeps over the sand. He throws his head back as he drinks from the bottle. Someone is shouting “That’s a wrap.” My grandmother on the high back porch. Corner of the garage where all the pets were buried.

What’s prose but a second-hand emotion? Foghorn in the desert. An inch / at the edge / of a buckle. I was in bed, she said, with two men who weren’t supposed to be there, but it wasn’t a struggle, it was languid as though everybody cared. This is my sentence.

I don’t remember the dream but something in it left me shaking with anger. Viewers like you. Snow vs. snide, wch one? He stands stork like, brushing his teeth over the bathroom sink, mouth numb with Listerine. Returning home to his family, Williams discusses his despair at losing his solitude. The ant on the bookmark. 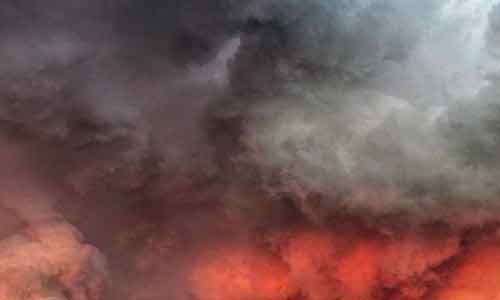 About Ron Silliman
Ron Silliman has the title essay in the new anthology The Difference is Spreading: Fifty Contemporary Poets on Fifty Poems, edited by Al Filreis and Anna Strong Safford. He has had recent work in Poetry, The Paris Review and Fence.